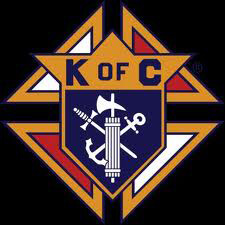 Father Antony Kaesen Council of the Knights of Columbus 5199

The Knights sponsored an outdoor Mass at the Kountry Korners Hall during the summer months. A hay wagon made up the stand and the Fourth Degree Knights would march in with the presiding priest. This event started when Father Charles Jirik was pastor at St. John’s.

For decades, the Knights have held White Elephant sales on the day after Thanksgiving. The auctions began in the old Miesville fire hall and then moved to the Kountry Korners Hall outside of Vermillion after it was completed. Most of the items in the auctions were slightly used or not-so-slightly used, along with a few new items. In recent years, the auction has been held in the community room at St. John’s school. The “White Elephant” designation has been dropped and now only new items — all donated — are auctioned off and the proceeds go to charitable organizations chosen by the Knights. Auctioneers over the years included Henry Langenfeld, Clarence Rotty, Joe Siebenaler, Leo Siebenaler and Jack Hines.

The Knights were the first council to hold an annual Clergy Appreciation Night for all local priests and religious in the area. Following a wonderful meal, a free-will offering is made to the food shelf. Door prizes — usually the centerpieces on the tables — are given away at the end of the evening.

Another familiar event the Knights hold every May is their annual Tootsie Roll drive to help area residents who have various handicaps. Members wearing yellow plastic vests pass out free Tootsie Rolls at local churches and other establishments and, in return, accept good-will donations from the recipients. The drive is a major fund-raising event for the Knights nationally.

For many years, the Knights hosted an annual sausage supper, during which they served blood and pork sausage, German potato salad, mashed potatoes and gravy, sauerkraut and baked beans. The suppers were held at the Kountry Korners Hall for many years but they were discontinued when the hall was sold. The event was restarted later, at the suggestion of Joe Kummer, as a fundraiser coordinated by St. John’s Home and School Association and the Vermillion Knights. The suppers are held in the St. John’s Parish Hall.

The Father Kaesen Council of the Knights of Columbus proudly serves the parishes of Vermillion, Miesville, New Trier and Hampton. Knights can be found hosting pancake breakfasts, sausage dinners, youth events, charity auctions, or wherever else pastors need them. Membership is open to all male Catholics over the age of 18.